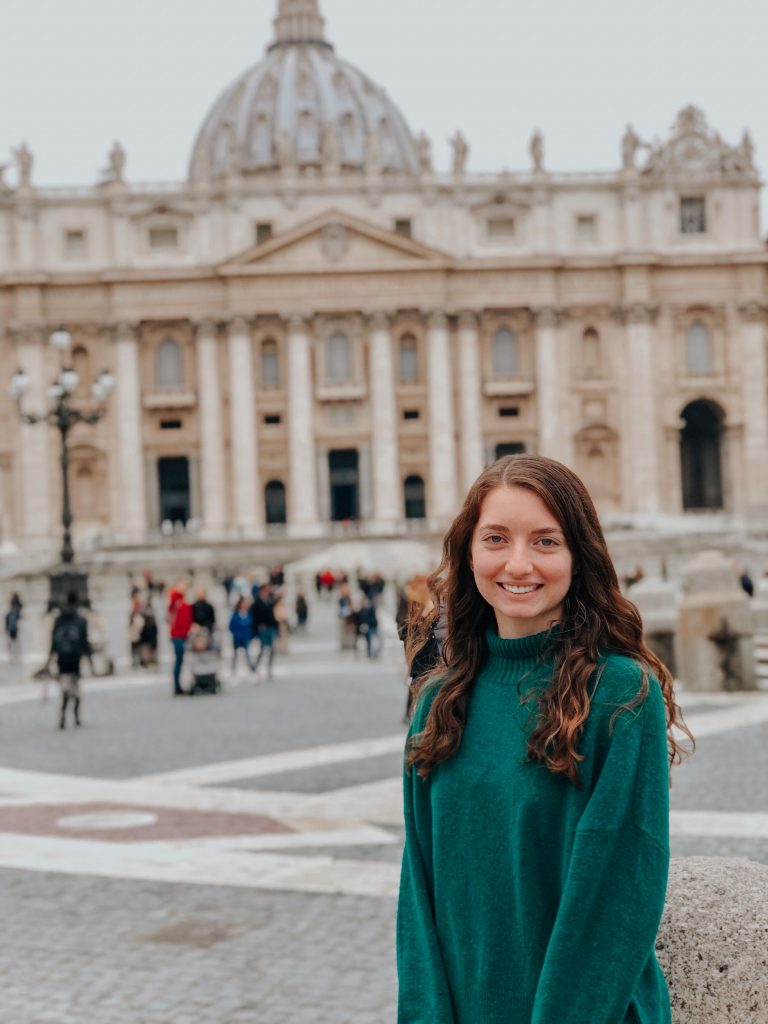 Photo of me during my first visit of the Vatican

What surprised you most about your study abroad city/culture?

I studied abroad in Rome, Italy. This is a city that is very well known to the world. Before my study abroad semester, I thought I knew what to expect about Rome, the fashion/pasta/coffee/history capital of the world. Being half-Italian myself, I had some prior knowledge of the culture, but having never been there myself, I found that there was a lot more to the city than I realized. The way of life in Rome at first felt drastically different. Dinners occurred later in the evening and the menus were not the same as Italian American restaurants, pasta and meats were served separately therefore spaghetti and meatballs were not a thing. Supermarkets were hard to come by, the grocery stores were small and limited because there were many specialty shops, and the best fresh produce were sold in open markets. I often went to the grocery store out of convenience, but would often find that if I bought fruit from there I would have to eat it fast otherwise they would go bad at a faster rate than the States due to lack of GMOs. But the longer I stayed in Rome, the more I realized the similarities. I have grown up close to cities and have attended schools in cities, unlike some of my friends I made abroad who came from small towns and universities that did not interact with the cities they were located near. Because of this, I feel that I adapted quicker and realized how Rome and Boston were really not that different, while some of my friends had to adapt to a whole new way of living. Also while traveling in Europe, each city I visited had the differences, but more often than not were quite similar. What I mean by this is that while different countries speak different languages and have different traditions, the people are what remain similar no matter where you go. 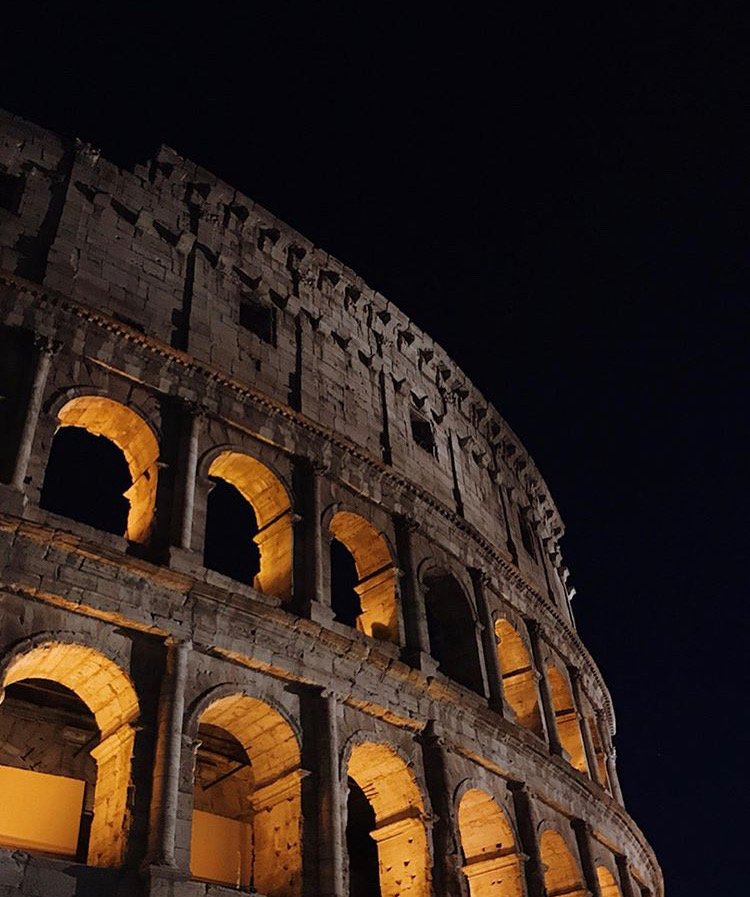 The Colosseum at night

Do you have any tips for learning the language while students are abroad?

I went to Italy not knowing very many Italian words, but I had downloaded the app Duo-lingo beforehand. I recommend this app because it helped me with common words that I did not realize would be important until I arrived, such as the word for women was helpful to know for finding the bathroom, and common greetings. While the majority of the people understood bits of English, I felt it was important to try to speak the little Italian I knew for cultural and politeness reasons. I suggest using this app for practice throughout the semester before going abroad if you are traveling to a country where you do not know the language, and even if you are familiar with it just to use it as practice. During my semester abroad I took a beginner level Italian language class, which I found to be very useful and is another thing that I would recommend doing. In my class, we learned what any beginner language class would, but my professor knowing we were study abroad students took things a step further. She would have us practice the language in public. We took field trips to different monuments and markets to practice the language but also to see more of the city. She made us feel more comfortable in using the language in public with the class so that we would be able to do it on our own. I highly suggest taking a language class before or during the semester abroad. Before going abroad is helpful so that you can have it under your belt, because by the time I had a better understanding of the language, it was time to come back to the States. Taking the class during the semester abroad is also useful because there is no better place to learn about the culture and language of a country than while being in that country. 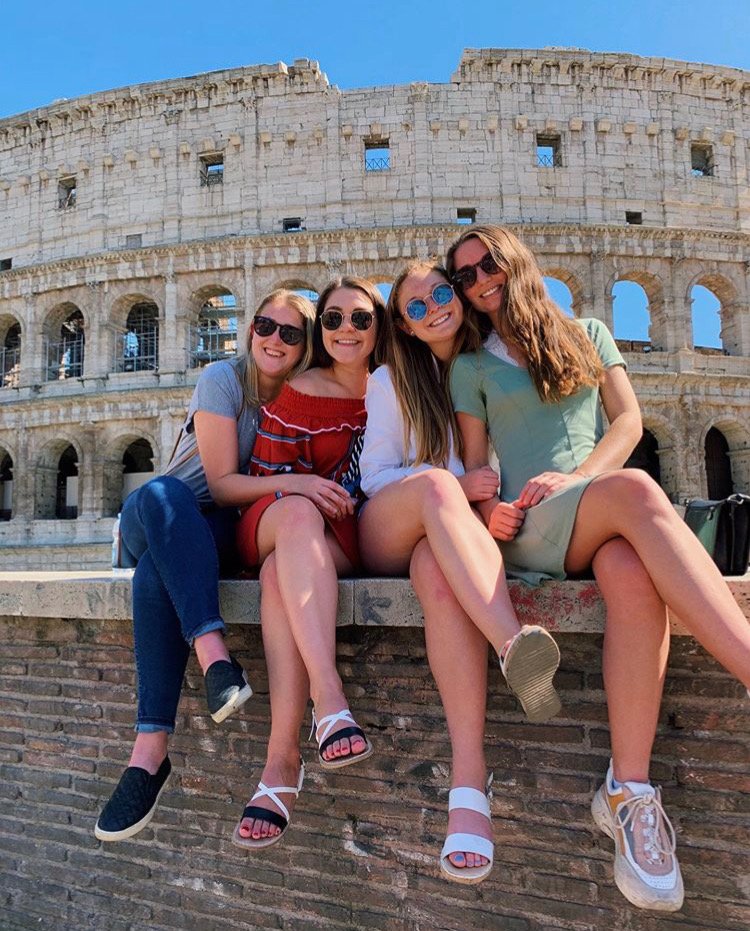 My last visit to the Colosseum

How did your study abroad experience enhance your knowledge/skills/understanding of your intended career field?

I am a Psychology major and a business minor. While studying at John Cabot University in Rome, I took business courses, an Italian language course, and a video production course. I felt that taking business courses abroad was very educational. While John Cabot was an American university, and therefore my classes were based on the United States, my European professors brought their own twists to the subjects in the best possible ways. They were able to relate it back to European countries, and how the United States interacts with other countries. Learning this way brought new perspectives to the topics that has proven to be beneficial for business goals as well as any form of communication goals. As a psych major, I am learning about the way that the mind works and about the behavior of people, and so learning new perspectives has helped me understand even further the behavior of people, and how I can relate that back to business. Before studying abroad, I was not up-to-date on any current events or political topics of Italy. While abroad, and even now, I learned about the Italian media and news, and other European topics and the connections to the United States as well. Being in America, it is easy to feel that foreign countries are just that- foreign; but being abroad has helped me to bring these foreign lands closer to home. 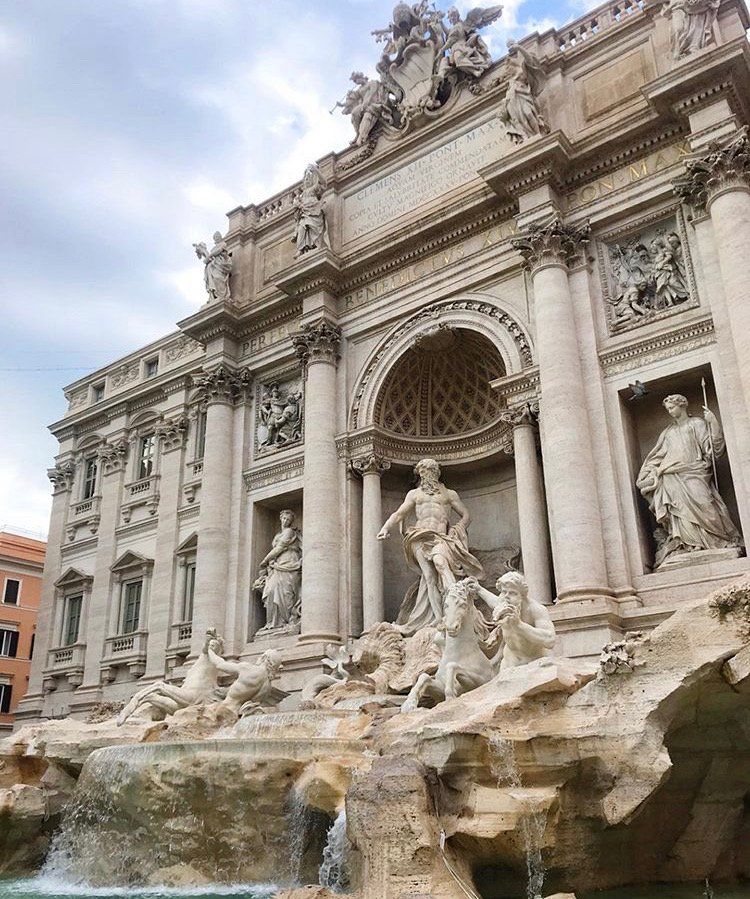 Tessa was a spring 2019 Rome student from the University of Connecticut.