Italy is famous around the world for its remarkable history and rich cultural heritage. From the Roman Empire with the advancement of civil law and engineering, to the Middle Ages with the rise of Christianity and the Roman Church, to the Renaissance with revolutions in science, trade and art, the Italian peninsula has played a central role in the development of western civilization. Today, the country continues to be a vibrant cultural and economic leader, known for its beautiful landscapes, literature, philosophy, art, architecture, fashion, soccer, gastronomy and viticulture. There are 20 regions in Italy, each with its own distinct local culture and cuisine. Rome, Florence, Milan, Venice and the Amalfi Coast make up some of the most popular destinations for students and tourists alike.

Working with SAI’s local cultural experts gives you access to unique content and that brings Italy to life for your students.

Italy offers faculty opportunities for research and teaching across a wide range of disciplines. Possible course topics include: 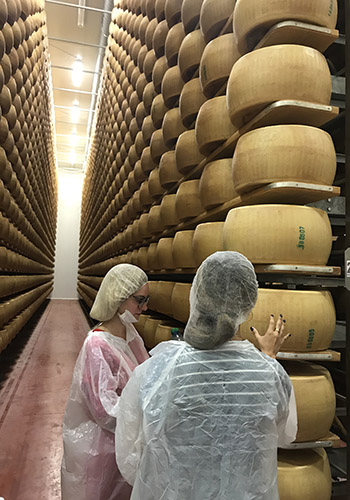 Design Your Program in Italy

Partner with SAI to bring your vision to life and create an amazing study abroad experience for your students. We provide recommendations and expertise on the best Italian destinations, activities, accommodations and more.

Consult with SAI to arrange activities such as: