While studying abroad in Paris this semester, I learned 14 things.  Here they are:

1) Be as much of a tourist as you can in whatever city you are in, abroad or at home.
It is so important to soak up all that a city has to offer and to experience the “must-do’s”- they’re must do’s for a reason! 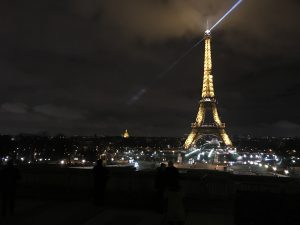 The Tour Eiffel at night

2) But, know when to live like a local.
The touristy and stereotypical sites and activities of any given city are important, but it’s also important to get an understanding of how the locals live. The places they eat, the things they do, and the places they hang out shed a unique light on the city. You wouldn’t get a full appreciation for the city without it.

3) You can be your own best friend.
I focused a lot of time on myself while I was in Paris, and it was the best thing for me. During a time of such drastic transition, investing in yourself can do a lot for self-confidence and growth. Before I studied abroad, I was the person that felt that in order to go somewhere, I needed to have someone with me. Now, I enjoy going and doing things by myself, and I don’t feel awkward at all. 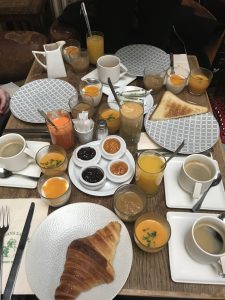 4) Always say yes to trying weird food, it might surprise you.
While in France, I tried many different types of food that we as Americans are taught to think are disgusting (boeuf tartar, raw egg, the liver pate thing, escargot, the smelliest cheese, etc). Besides the tartar (I am still not over the idea of eating raw hamburger meat), everything I tried blew my mind away.

5) Uncomfortableness encourages growth.
Let me tell you, studying abroad is probably one of the most uncomfortable experiences. You are on the other side of the world, with people you do not know, surrounded by a language you do not speak, feeling a little bit helpless. That uncomfortableness and the helplessness, though, are actually what motivate you to go beyond your comfort zone, adapt to the circumstances, and grow in the process. 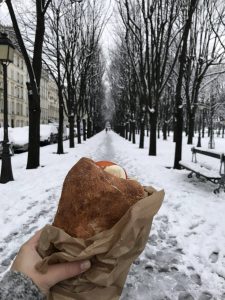 6) We do not need social media!
I had to conserve as much data as possible while I was abroad because I was on a very cheap prepaid plan. I ended up turning off data for every single one of my apps, besides maps and the public transport app RATP. I was initially in the habit of checking social media out of boredom or even novelty, but each time I tried I wouldn’t be able to access the apps. As time went on, I no longer felt the need to keep checking Instagram or Snapchat. Granted, I did download solitaire to keep me occupied on the metro, but I came to appreciate being a little MIA from social media.

7) The art of the aperitif.
In the United States, I feel like we view food either as a quick binge or simply fuel for our bodies. In France and even Europe as a whole, meal time is cherished and carefully crafted, as seen in the custom of the aperitif. It is kind of like happy hour, but with snacks and drinks selected to prepare the body for dinner. Not only is it scientific, but the social aspect around an aperitif is something that I think we can all take a lesson from. 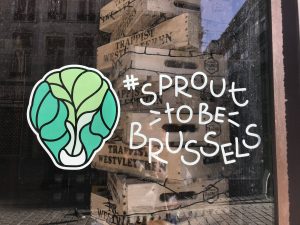 Trying to learn about the culture in Brussels, #sprouttobebrussels

8) Continuous learning is something to strive for, not be ashamed of.
While I was in Paris, everyone that I came in contact with was learning something new: anything from reading a new book, attending a small art class, or even going back to school for a graduate or doctorate degree. I feel like we Americans aren’t very good about any of these routes. To society, pursuing further education could mean you’re weird, a nerd, or even a failure. Why do we have this perception and why do discourage continuous learning? We should be encouraging even the smallest increment of learning after high school or college graduation! Seeing this cultural norm in France has really encouraged me to always be at least reading something new and to continue to push my knowledge.

9) We live in America, the beautiful!
As a culture, I feel like we all idealize Europe with its 1,000 year old churches, rolling coastlines, quaint villages, and history that goes back literally forever. But America is just as beautiful, and I have been terrible about taking advantage of all that it has to offer. After traveling abroad for a few months, I am excited to begin exploring every inch of my home country.

10) Don’t compromise truly living and experiencing places for something that really doesn’t matter.
This one may be a bit personal, but I think the overarching lesson can be pretty generally applied. Before going abroad, I was really invested in working out and keeping a really tight diet. I would go to the gym 6/7 days a week and count how many grams of protein, carbs, and fats I was taking in each day. I tried to keep this same routine when I was in Paris, and ended up making a trade-off between the Parisian experience and fitness. I ended up continuing going to the gym, but I learned a very important lesson in balance. One or two pastries a day does keep the doctor away (at least that’s what I tell myself). 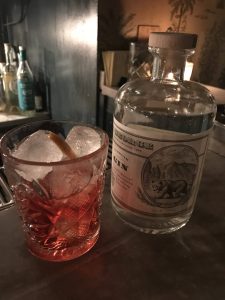 11) Don’t let language be a deterrent in your travels.
Before studying in Paris, I knew absolutely zero French, save the word “Oui”. So why in the world did I decide to go to the one European city that refuses to speak English and will only speak French? I knew I could learn. I knew that with time and a concerted effort, I would learn a surprising amount of French. I was nervous about the decision at first, but language is something that can so easily be learned or wiggled around.

13) You can never go wrong with a two-buck chuck.
Okay, maybe you can in the United States. But, in France, people say that you should never buy a bottle of wine over twenty euros at the grocery store. My previous understanding of wine was that the expensive bottles were the best tasting, but the French believe you should be able to pick up a good bottle or two whenever, therefore they keep their wine at low prices. 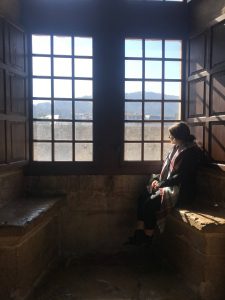 14) C’est la vie.
I lived by this saying in Paris, I frankly I think that everyone needs it at some point or another. Ultimately, this is life, and we just have to roll with it.

Alexandra is a spring 2018 SAI Paris student from the The University of Alabama.