The SAI offices have been located in Sebastopol since 1995.  Our current offices were built in 2002, replacing what was originally a tired, old warehouse. The office now reflects a modern design that mirrors the excellent design programs for our students in Italy, Spain, and France. 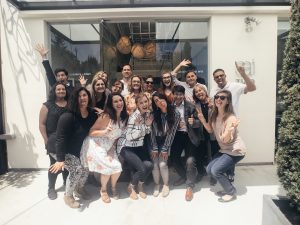 Here are some fun, interesting facts about Sebastopol:

Bodega Bay is located near Sebastopol

The SAI crew at the local Barlow

After completing two study abroad programs in Spain and the Dominican Republic during college, Lindsay moved to Barcelona to teach English. She then continued her passion for living and learning abroad and moved to Florence, where she started working for SAI. Lindsay now works with the admissions team at SAI's home office in California.