Traveling around Europe is something I was extremely nervous about coming into this semester. I have a terrible sense of direction, don’t speak other languages very well, and have a tendency to break down in stressful situations. It turns out those three things really don’t mix well when something goes wrong during traveling. A couple of weekends ago, I decided to travel by myself from Florence to Paris to visit one of my best friends from school who was studying abroad there. It was a very impulse decision on my part and I ended up booking my flight while I was in a rush three days before I was supposed to leave (first mistake).

When the day came, I realized I hadn’t put much thought into my transportation to the airport. My flight was at 8:30pm and I had class until 5:30pm, and I hadn’t packed my suitcase either. I rushed home and called a taxi to pick me up at 6pm so that I could make it to the airport in time. For future reference (which I found out later) there are always taxis lined up in front of Santa Croce, and happens to be seconds away from my apartment. Also for future reference, there is a shuttle that takes you to the Florence airport for around 4 euros, which would’ve been nice to know before I paid the fixed rate of 22 euros for the taxi. The Florence airport is very small and thankfully easy to get around, which is nice. When I checked in, I was told my flight be transferred to Bologna due to extreme winds in Florence. This did not sit well with me because I already hate flying to begin with and the idea of taking off with extreme wind conditions freaked me out even more. The flight was delayed for an hour, but we did end up taking off from Florence and it was one of the bumpiest and most terrifying flights I had ever been on. The entire trip there was just stressful itself and I was honestly very surprised I made it on my own without anything bad happening (second mistake was saying that out loud and entirely jinxing myself for my return). 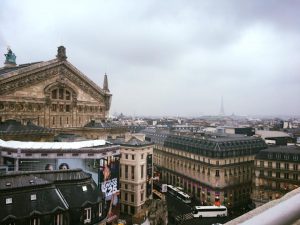 The trip itself was amazing.  Paris is an incredible city and somewhere I could definitely see myself going back to at some point in my life. However the traveling was a nightmare and I haven’t even gotten to the worst part yet. I booked my flight home for Sunday evening around 8:30pm. Because Paris is such a huge city (nothing like Florence) I had to figure out the metro system, which I had no experience with and found it to be extremely complicated. I was able to figure it out and make it to the airport by around 5:30. When I got there, I tried to check into my flight with a self check-in kiosk, however for some reason my flight wasn’t showing up. I tried not to think much of it and went over to a help desk to ask them what the problem was. It took the lady a while to understand why my flight wasn’t showing up, until she finally realized what the problem was. I had booked my return flight for March 12th instead of February 12th and that I would have to go to the AirFrance ticket desk to see if the flight could be returned/exchanged. I ran around frantically trying to find the desk only to be told that because I didn’t purchase travelers insurance (third/biggest mistake) and the flight was non-refundable and purchasing a new one would be over 700 Euros FOR ONE WAY! Which is absolutely ridiculous because I purchased the entire round trip for 78 Euros. I could not believe what she was telling me. I was alone in the Paris airport with no flight, no way to get home, no idea what to do, and no one to help me through it. I was completely on my own. 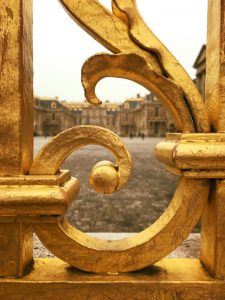 Naturally, I went into panic mode and cried on top of my suitcase for a solid 20 minutes, until finally I realized that I am here right now and the only person who is going to get me home is myself. I got myself up, FaceTimed one of my friends who was back in Florence, and she helped me look for every possible transportation option at a semi-reasonable price that would get me back to Florence. Just when we were starting to loose hope, she found a train leaving in an hour from one of the stations in central Paris. I ran up to the first cab driver I saw and asked how far away the station was and if I could make it in time. He told me the station was 45 minutes away and the cab had a flat rate of 75 Euros and he couldn’t guarantee that I would make it on time but he promised he would speed for me. At that point, I had no other options and I had accepted my fate that I would either be luckily enough to make the train or I would be sleeping in the station for the night.

Somehow, we made it with 10 minutes to spare before the train left, but I still didn’t have a ticket. I ran around the train station frantically trying to find the ticket booth, went to the wrong one first, but then eventually was able to find it, buy it, and sprint onto the train seconds before they closed the door. It was honestly one of the most thrilling (in a bad way) experiences of my life and I still can’t believe I made it on in time. It was an overnight train and took me 11 hours to get to Milan, and then another 2 hours to get from Milan to Florence. I arrived in Florence at 8am the next morning, completely in shock by what I had gone through, but so thankful to be back. 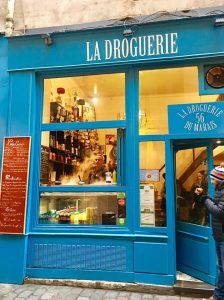 Something I have always believed is that everything happens for a reason, including your mistakes. You’ll learn more from your mistakes than you’ll ever learn from being perfect. And I can assure you that I definitely learned from this one. Although it was hands down the most stressful day of my life, I’m weirdly thankful for the experience I went through and learned a lot about myself through it all. In the end it all worked out.  I am safe and happy in Florence and now know how to travel alone, even when things go completely wrong.

– Eleanor is a spring 2017 SAI Florence student from the University of South Carolina.