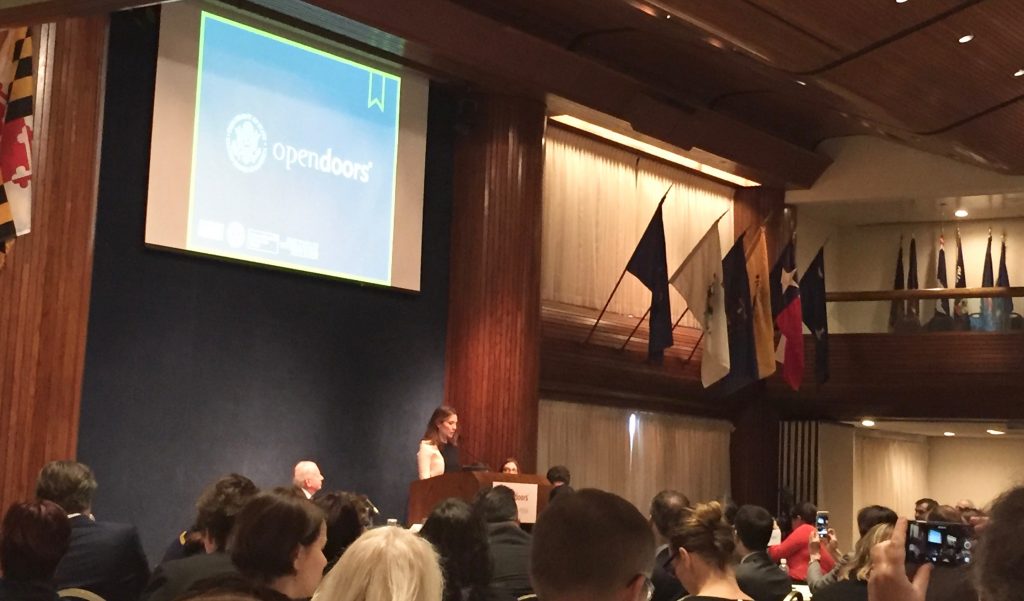 The headline finding this year is that in the 2015/16 academic year, U.S. Universities welcomed more than 1 million international students (up 7% from the year prior). This impressive milestone is being celebrated alongside important increases in U.S. students studying abroad around the world in the 2014/15 academic year.

Overall, 313,415 U.S. students studied abroad for academic credit in the 2014/15 academic year, reflecting a 3% increase over the prior year. This represents a total of 1.6% of all U.S. undergraduate students. Following are some key findings regarding this U.S. study abroad student population.

Within Europe, a few particular countries saw important increases, namely Greece (18.3% increase) and Ireland (15.9% increase), whose government committed significant resources toward attracting study abroad students. Other notable increases include the Czech Republic (14.6% increase) and Denmark (13.8% increase). The United Kingdom, Italy, and Spain remained the top 3 U.S. study abroad destinations in the 2014/15 academic year, each receiving 12.2%, 10.8%, and 9% of total students, respectively. Despite being the top destination, the United Kingdom saw a small decrease in students (- 0.2%), which may be further impacted by Brexit. Italy continued its strong growth with an 8.3% increase over the prior academic year.

Sub-Saharan Africa saw a substantial decline in U.S. study abroad students, likely due to the Ebola outbreak in 2014. Countries experiencing the largest declines in the 2014/15 academic year include Argentina (13.8% decrease), Brazil (9.2% decrease), and China (7.1% decrease).

Fields of Study
The top five major fields of study of U.S. study abroad students in the 2014/15 academic year were: 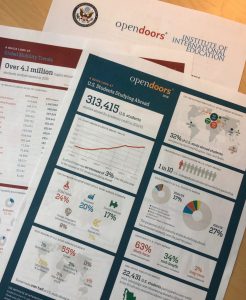 While the Open Doors findings focus on students who receive academic credit abroad, non-credit abroad experiences (work, intern, and volunteer) were also taken into account. Although this is a much more difficult number to count, 373 institutions reported 22,431 U.S. students completed such programs in 2014/15, with 37% traveling to Latin America and the Caribbean.

It should be noted that the report does not collect data on Gap Year programs.

Race/Ethnicity and Gender
While there was an increase in students who identify themselves as members of minority groups studying abroad in the 2014/15 academic year (27% total), the growth was modest, and the percentage is not representative of the diversity on U.S. college campuses.

Chiara is SAI's VP of Operations. She grew up in Italy and California, and has a Master's degree in International Relations. Chiara loves travel, good food, camping and great adventures.