Rome is known as the eternal city and for all the right reasons. It has some of the most amazingly preserved ruins around the world. It seems that along every street is another ruin. There’s so much to explore in Rome, I’m not sure if there’s ever truly a way to see it all. One class I took while abroad, Ancient Rome and its Monuments, did a great job of introducing me to many ancient sites and monuments that I never would have found without this class.  Here’s a short view of a few of the sites we visited in this class.

Pantheon: The most well preserved ancient building in Rome. 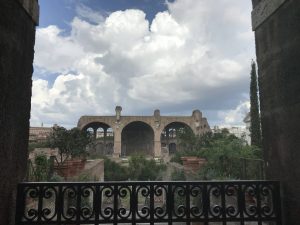 The Basilica of Maxentius and Constantine is the largest building in the Roman Forum. 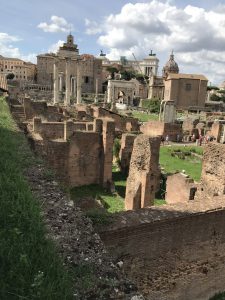 A small snapshot of the Roman Forum.  I highly recommend spending a whole day in the Forum as there’s an overwhelming amount of history and ruins in this area.

The Temple of Antoninus and Faustina is one of the many temples in the Roman Forum. 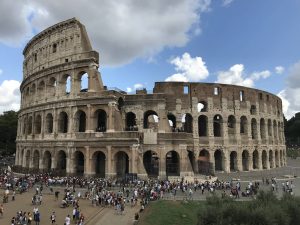 The Colosseum, one of the most well-known monuments of Rome. 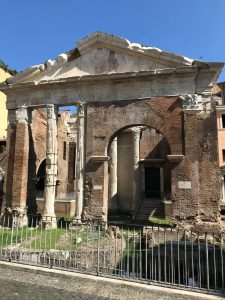 The Porticus of Octaviae is still standing in the Jewish Ghetto 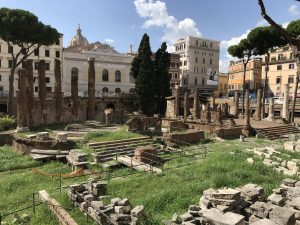 Two ancient temples that are still fairly well-preserved.  The round one is believed to be the Temple of Hercules Victor, while the other is the Temple of Portunus. 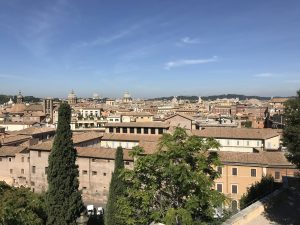 Here’s a view of Rome from the Capitoline Museum.  I highly recommend this museum.

This site is Largo di Torre Argentina and is believed to be the site where Julius Caesar was killed.