Gelato is a cornerstone of Italian culture, and Florence is home to some of the best. While you’re here, you need to indulge in the tradition–it’s only right! But not all gelato is created equal, and you might as well spend your euro, time, and calories on the best. 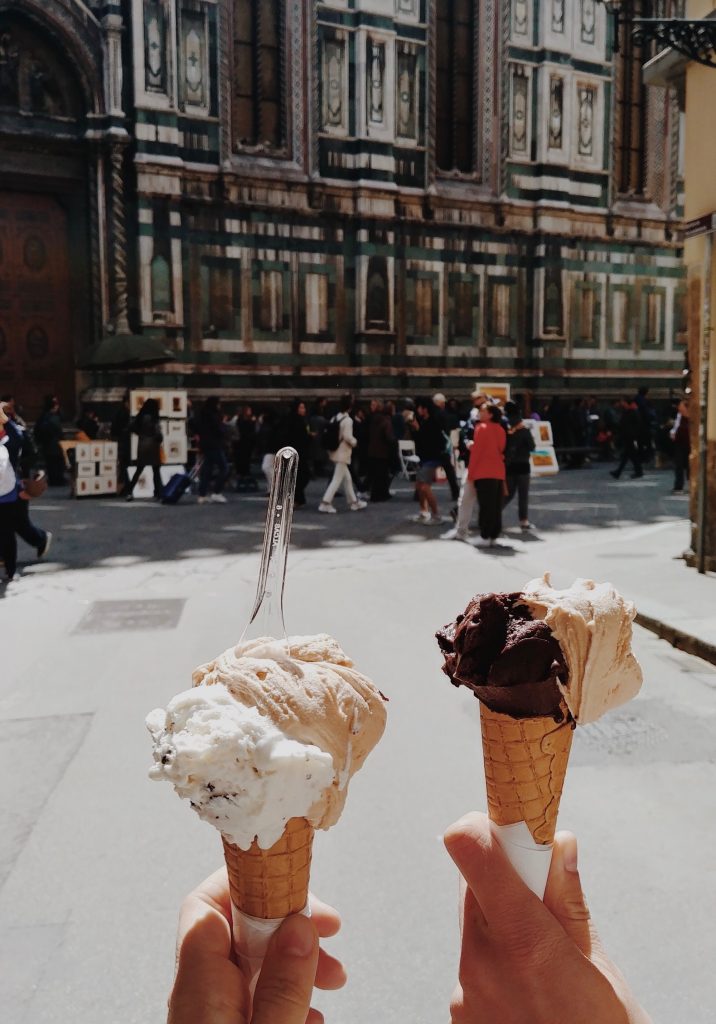 Once I found La Strega Nocciola, there was no turning back. I made a visit at least once a week!

How to Find the Best Gelato

1. Natural, fresh gelato won’t be displayed in giant mountains piled high in the windows. In fact, rumor has it the best kind of gelato is hidden under metal lids.

2. The same goes for gelato that’s super brightly colored. Hot pink gelato is probably made with some artificial ingredients.

3. Gelaterias that make their gelato fresh every morning usually aren’t open until 11 or 12.

4. And the last, most important thing I can say (I speak from painful experience) is that a small cone in Florence should cost around 2.20-2.80 euro. Avoid gelaterias that are priced more than a few euro.

And a good rule of thumb: Don’t buy gelato on Ponte Vecchio. You will spend 4x more than you will anywhere else in the city, and the gelato is just okay. If you couldn’t tell, I’m still bitter about my first gelato experience…

All that being said, I’ve done you a favor and tried nearly every gelateria in the city in search for the best. A real personal sacrifice, I know. After a few months, here’s what I came up with… 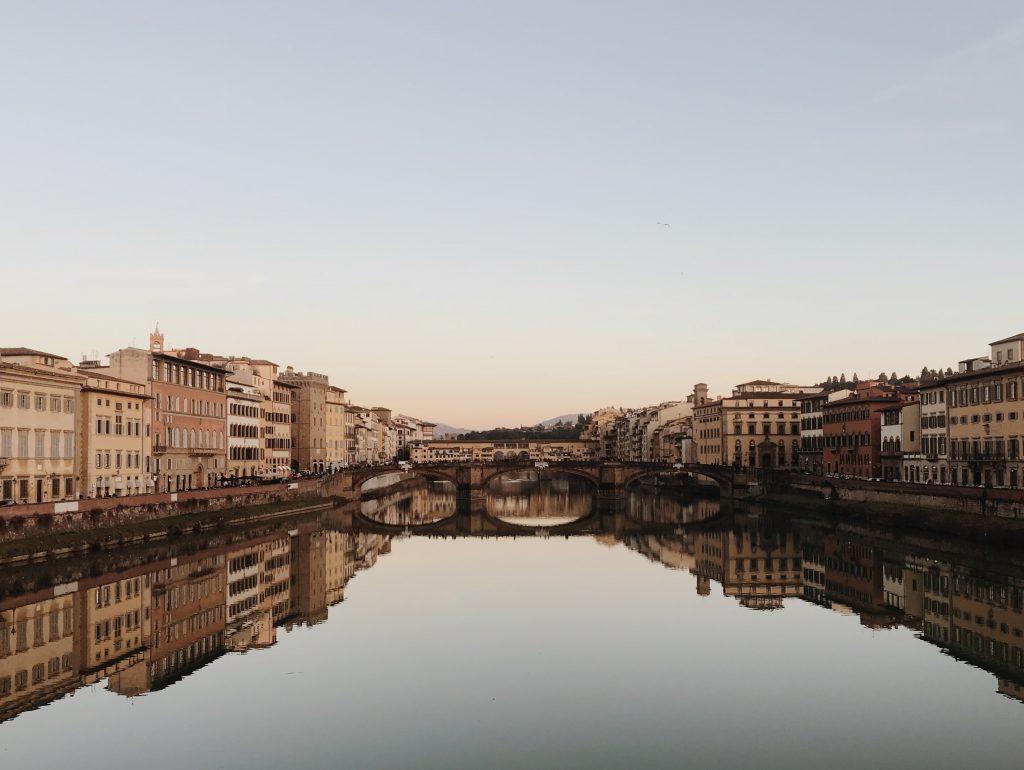 Get some gelato from Gelateria la Carraia and enjoy it with this view on Ponte alla Carraia.

1. La Strega Nocciola – That rumor about the best gelato being hidden under metal lids? I didn’t believe it until I found this place, and I became a loyal customer ever since. There are two locations. One on Via Ricasoli near the Duomo, and the other south of the Arno river (or Oltrarno) near Pitti Palace. The hours are a bit unpredictable, so when you see it open take advantage and get yourself a cone.

2. Gelateria La Carraia – This might be the most popular gelateria in Florence, and for good reason. Don’t be put off by the line–it moves quickly and it’s worth it. There are two locations of this gelateria. The original is Oltrarno on Ponte la Carraia, and the other recently opened on Borgo Pinto.

4. Gelateria dei Neri – This one gets the vote of a lot of Florentine locals. Named after the street Via dei Neri, it’s tucked away just a few streets away from the Arno, near Corso dei Tintori. Following true Florentine fashion, the hours here can be a bit unpredictable too. You should check online before you go, but sometimes the heartbreak of showing up to a closed Gelateria dei Neri is unavoidable.

5. Gelateria Edoardo – I usually avoid eating anywhere in Piazza del Duomo (super crowded and usually expensive), but Gelateria Edoardo is my exception. Edoardo makes their gelato fresh from natural ingredients and has some interesting flavors that you can’t find anywhere else.

The perfect compliment to any long city walk…

There are also a few bigger gelato chains like Grom, Venchi, and Amorino. They’re usually more expensive, and you can find them throughout Europe, but they’re still good.

One more tip for the road…when the question is to get the gelato or skip the gelato, the answer should always be get the gelato. You’re only studying in Italy once, and this is one of the best parts!

Marissa was a spring 2019 Florence student from Belmont University. Check out this article on her blog here.