Lessons Learned: Avoid making mistakes that can cost you time and money while traveling:

1.) Always check to see where your hostel is located
While booking a place to stay in Amsterdam, my friends and I found somewhere that was pretty cheap and what we thought was right near downtown Amsterdam, so of course, we booked it right on the spot. After we paid (and chose the non-refundable option to save €3) we discovered we had booked a beach hostel which was about an hour and a half outside of Amsterdam. Luckily, we emailed immediately asking if we could cancel, and we were told we could get all our money back besides a €30 deposit. Lesson learned… always check where your accommodations are located. 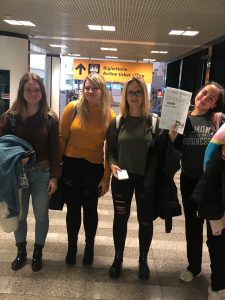 When we found out that we weren’t actually booked on our flight.

2.) Make sure you are actually ON a flight that you booked
For this same Amsterdam trip, we had booked through a third-party site. We received an email after we booked that said our Rome to Amsterdam flight was pending and our Amsterdam to Rome flight was confirmed. We didn’t think anything of this, and when we checked back on our flight later it said our booking was confirmed and we were ready to go. We never received a confirmation number for the first flight (a little concerning), but when looking at the website it said we could only check in a couple of hours before our flight, so we didn’t look into it any further (big mistake). Long story short, when we arrived at the airport and tried to check in, we were told that we weren’t on the flight and that the flight was full. When we called the third-party site, they told us that they had only charged us for the return flight, so this wasn’t their problem. We ended up having to pay €125 each for a flight from Rome to Amsterdam the next day. Lesson learned… always confirm that you are actually on a flight, and try to avoid third-party sites 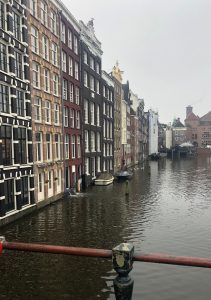 The views from Amsterdam (once we finally made it).

3.) Check which airports you are flying into/out of.
For this same Amsterdam trip, yeah we had a lot of problems, we realized that our return flight was booked at an airport that was 2 hours outside of the city. We found a bus service that could take us from downtown Amsterdam to the airport for $26 a person. This wasn’t too much money, but it was completely avoidable had we checked prior to purchasing the tickets. Lesson learned… always check to see where you are flying into/out of to avoid any unnecessary extra expenses.

What the drive would have been from our first hostel (whoops). 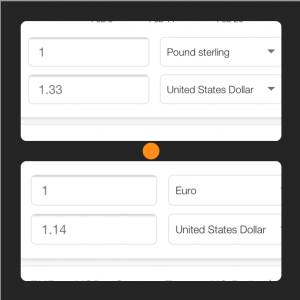 The difference between the conversions. Really adds up once when you’re spending hundreds of dollars.

4.) Check and double check the currency that you are paying in.
While booking a trip to Greece we found tickets that we thought were a pretty good deal. When it came across our bank statement however, they were $50 more than what we had anticipated. We went back to look to see if there were any hidden fees but still couldn’t find anything. We called the company we booked through (unfortunately another third-party site, we hadn’t learned our lesson yet). While talking with the representative she asked what currency our final bill was in. We thought we had purchased our tickets in Euros (€), but it turns out we had purchased them in Pounds (£). Lesson learned… always check and then check one more time to make sure that you know what currency you are paying in.

We’ve learned to never trust a booking status if it says pending.

There have been numerous lessons learned during our trip so far, and I’m sure we’re not done yet. So, until then keep our lessons learned in mind so you can avoid making the same mistakes that we did.