Whether it’s an outdoor view from Montmartre hill overlooking Paris, a view from a hotel with an outside terrace, or a view from the top floor of a skyscraper, Paris has some special spots to take in the beauty of the city. Read on below for some more info on these well-known and lesser well-known views. 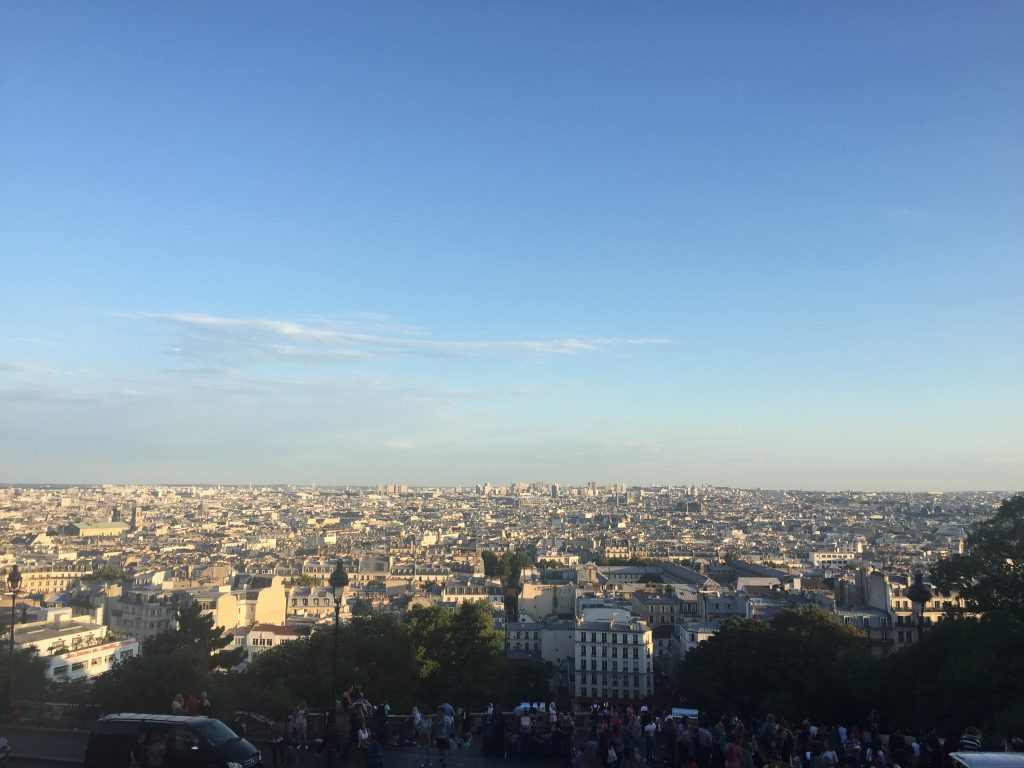 2) Tour Montparnasse – Le Ciel de Paris
One of the last skyscrapers to be built in central Paris before a law passed at the end of the 70s limiting building height in the city, the Tour Montparnasse stands out at 209 meters (685 feet) tall. Though there is an observatory up on the 59th floor with views overlooking the city, it’s better to save the €18 entrance fee and instead put this money toward a coffee or drink inside the café on the 56th floor, Le Ciel de Paris. 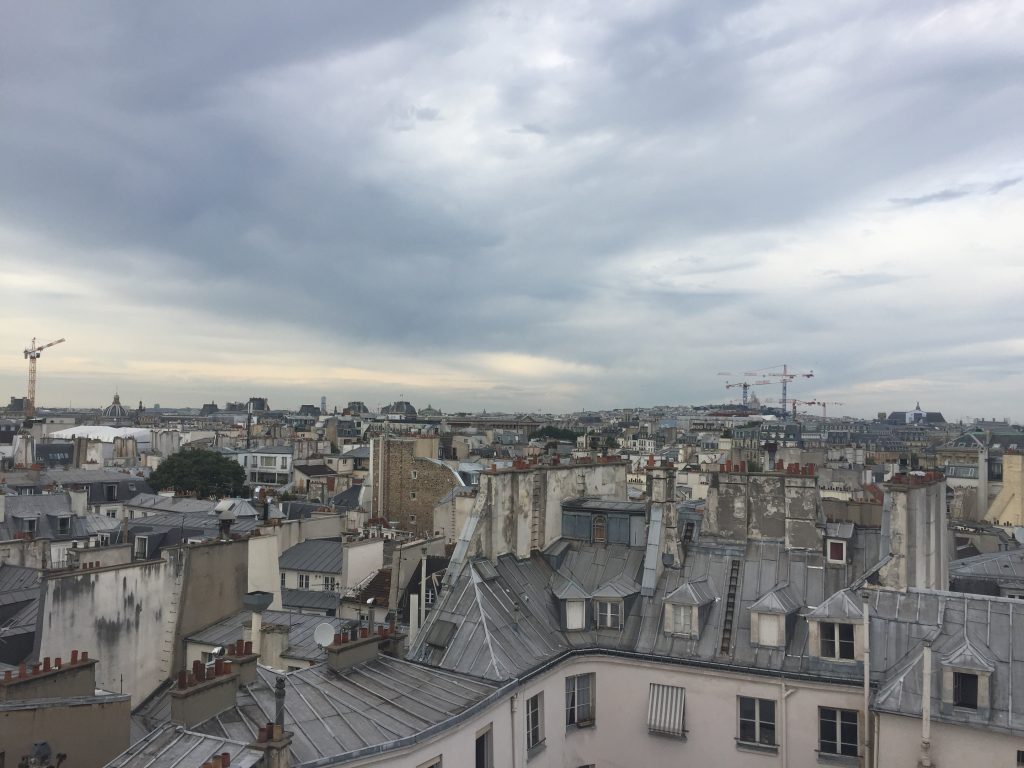 3) Le 43 Up on the Roof – Holiday Inn Paris Notre Dame
Though the Holiday Inn may not be the chicest hotel in the city, the view from its 9th floor rooftop bar certainly makes up for it. Open during summer and through early October, the tiny hidden rooftop bar can be accessed via elevator after getting a key from the front desk. The terrace is small, holding a maximum of 30 people, so make sure to reserve in advance.

4) Hotel Hyatt – WINDO Skybar
A little West of the city center near Porte Maillot you’ll find an elegant bar inside the Hyatt Hotel – the WINDO Skybar. Located on the 34th floor, with a direct view of the Eiffel Tower in the distance, you will be charmed by this impressive spot.

5) View from the Top of the Montmartre Hill
Walking around the hilly area of Montmartre, you catch a few glimpses now and again of the grey rooftops of Paris. Located in the Northern point of the city, the view just in front of the Sacré Coeur cathedral is one of the best.

6) Citizen M Hotel – Gare de Lyon
One of the newest spots to catch a view over Paris is the Cloud M bar on the 16th floor of the Citizen M Hotel. Located just next to Gare de Lyon, the spot is central and easy to access for a quick drink. 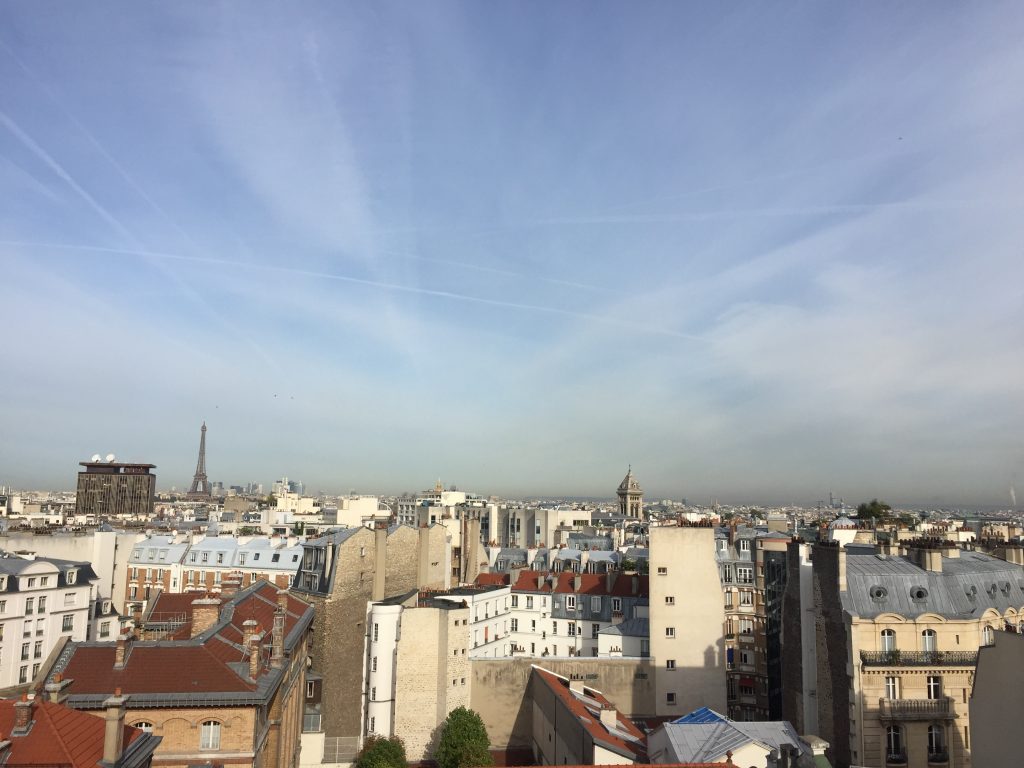 7) Eiffel Tower
Last but not least, it’s worth mentioning the most famous view over Paris – the Eiffel Tower! The view from the top at 276 meters (906 feet) is incredible, but the downside is that Paris’s most famous monument won’t be captured in your pics overlooking the city from here since you are standing over it!

Other monuments such as l’Arc de Triomphe and the Panthéon, also offer views from the top overlooking the city.

The SAI Paris office welcomes students to study abroad with SAI in the semester and summer at the American University of Paris (AUP), Paris College of Art (PCA), Paris School of Business (PSB), and Paris American Academy (PAA).