I have only been in Rome for three weeks, yet every day I experience lifetimes. Centuries of history emerge around me as I simply walk to class, to the train station, to a café. It is overwhelming to live down the street from where Julius Caesar built an empire, where gladiators fought to the death in the Colosseum, where Michelangelo and Leonardo Da Vinci immortalized the Renaissance, and where fascists led by Benito Mussolini seized control of the government and plunged Italy into World War II. While it is invigorating to go to school surrounded by history as rich and vibrant as that of the Romans, I learn almost as much on my way home from class as I do in class.

Our program leader, Jordan Wood, has been an incredible resource as we acclimate to a city where the buildings are older than the foundation of my entire country. After a lunch sampling Rome’s most iconic pastas, (Gricia, Cacio e Pepe, Carbonara, and Amatriciana) we walked through the Jewish Ghetto, where Pope Paul IV forced all the Jews in Rome into in 1555. It was the least desirable neighborhood in the city, as it fell victim to floods from the Tiber River annually. After that, we stepped into Piazza Venezia, where the Altar of the Fatherland commands your attention. The tomb of Victor Emmanuel II watches over the Piazza in stoic grandeur, and our jaws dropped as we climbed to the top to view the entire cityscape of Rome. 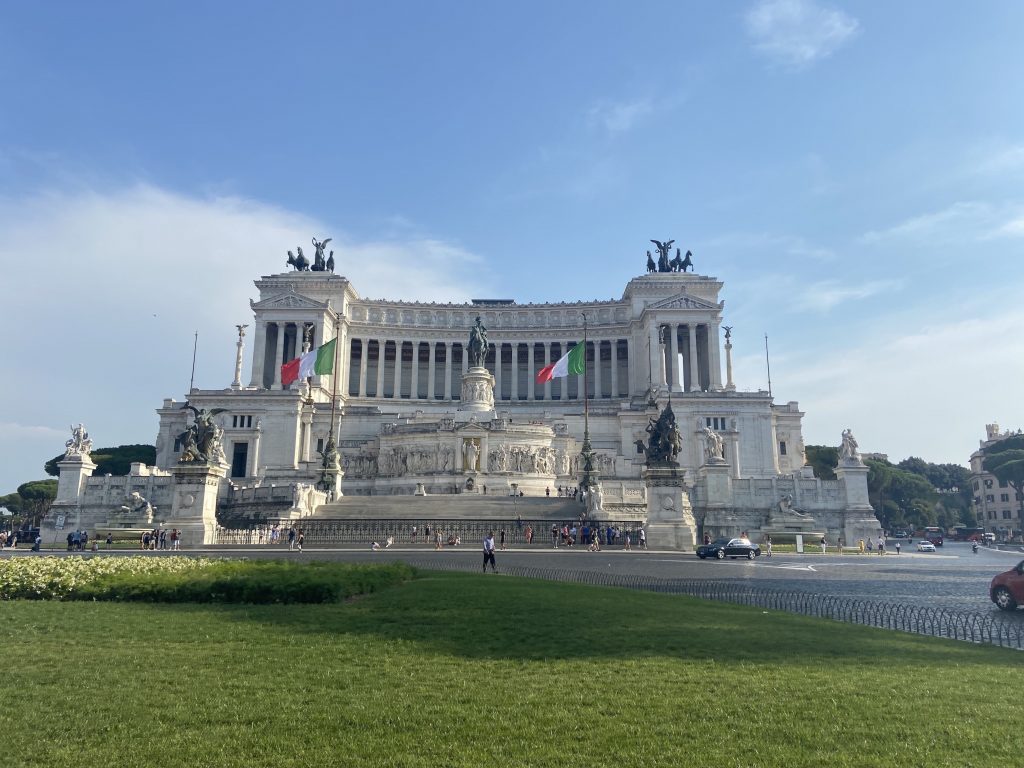 Altar of the Fatherland in Piazza Venezia

We continued walking and stumbled right into the Roman Forum. The site of elections, speeches, criminal trials and more, this forum is known as the most celebrated meeting place in the world. We could see the pedestals, shrines, and temples that saw the development of modern democracy. Particularly as a political science major, I was awe-struck. Just a few minutes later, the remains of the Theater of Pompeo appeared in front of us. As the site of Julius Caesar’s assassination, you could almost hear his agonized “et tu, Brute?” as he was stabbed by his Senators on the Ides of March, 44BC. 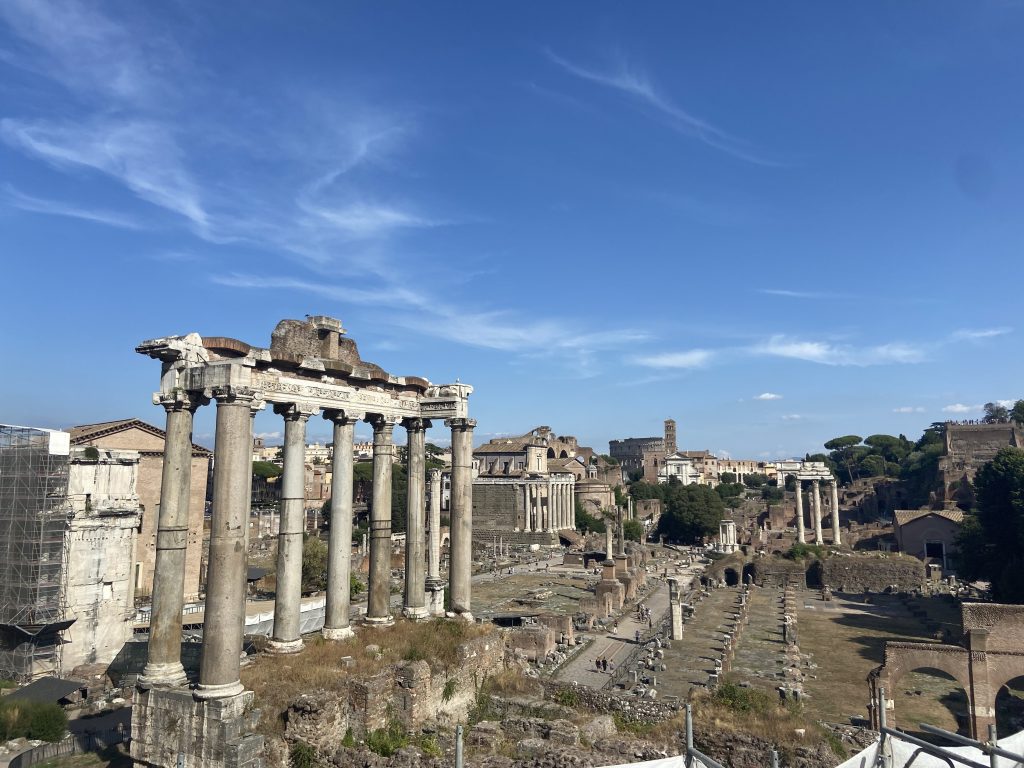 The Roman Forum: Site of the birth of modern democracy

A few days later, my roommate and I walked back through the city after a lunch of classic Margherita pizza and a glass of wine. The colosseum loomed in the distance, calling our names. We strolled up to the enormous arena, where tourists were littered staring slack-jawed and taking as many pictures as they could. We could not resist the temptation, so we went inside. After being surrounded by monuments like this for weeks, one might think you would become accustomed to ancient beauty, but nothing could have prepared us for the interior of this already breathtaking stadium. You could see where spectators would sit, cheering on chariot races and gladiator battles. You could see where competitors would wait in eager anticipation for their endless glory or imminent demise. We stood at the head of the arena for what seemed like hours, drinking in the splendor of just another monument in the city we live in.

The interior of the Colosseum

It is truly a testament to the city that we can exist so casually in 2021 while living like we are in the 3rd century, cheering on the competitors in the Colosseum ourselves.

Carly is a fall 2021 Rome Student from the University of South Carolina.