Being able to attend college as a first generation college student has been such a blessing, but to be able to study abroad has been such a privilege. There was some guidance and resources that helped me choose where I wanted to study abroad, but it took a lot of researching on my own to figure out that SAI at JCU was the best fit for me academically and financially. SAI guided me through the process of living and studying in Italy but also gave me many tips on traveling which inspired me to expand my travels outside of Rome. The biggest tips I have for other first generation college students who are interested in studying abroad is this: take advantage of all the resources and guidance, but make your own decisions and expand and explore from what you already know. When you work hard, studying abroad is made possible. Travel as much as you can, and see as much as you can. It’s okay to travel alone at times; sometimes those trips can be your favorite trips. Go outside of your comfort zone and you’ll grow, it’ll all be worth it! 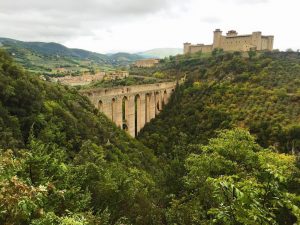 When studying abroad, I went to almost all of the events and trips that SAI offered in Italy, and I also was able to visit eight other different countries in Europe. Above is a photo from a weekend trip that I took with SAI to Umbria. It was my favorite trip while in Italy because it was so different from the city and being in the countryside was so beautiful. In Umbria we were able to see many churches, visit the Frasassi Caves, and go to the Marmore Falls.

Another country I was able to visit was Spain. I traveled to Barcelona for Halloween weekend where I visited La Sagrada Familia. At this moment, everything hit me all at once: I was in Europe as a 21 year old Latina and first generation college student. I realized that I was standing in front of this enormous church that has been standing for over 130 years, and that I had the opportunity to see this while many others have not. I appreciated every moment that I was there looking at La Sagrada Familia and wanted to take it all in. It was a moment where I knew I worked so hard to get to, and a moment I will never forget. 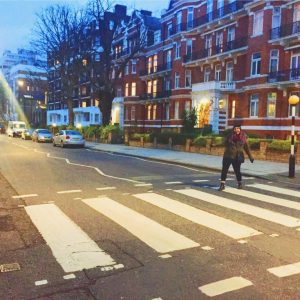 Thanksgiving weekend was a little bit different for me. That day I was able to visit a friend who was studying in Manchester, but the next 3 days I was on my own in London, England. It was the first trip I was going to be alone for, but I was so excited to explore the city. What was cool about being alone in London was that I was able to do anything I wanted, and I met quite a few people in my hostel. I saw so many historical sites but my favorite was Abbey Road. Although it was such a small road and there was a good amount of traffic, it was crazy to think that The Beatles were once on this road, and now I was walking on it just like them. Throughout my trip I realized that spending thanksgiving alone really shaped me to understand that I don’t need others to go on adventures with because they’re just as fun when going alone. 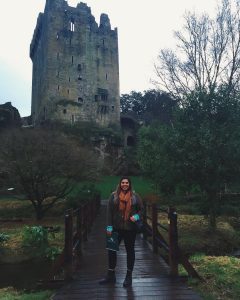 After Fall Semester was over, I thought, why not stay a few more weeks in Europe? I decided to stay in Dublin, Ireland for about a week right after I left Rome, and it was another trip I decided to go alone on. Dublin was such fun city but I wanted to see more historical ruins and castles. I decided to take a day trip to Blarney and visited the Blarney castle which was on the other side of the island from Dublin. Although it was a long trip, it was all worth it. Blarney castle was more than just a castle; there were caves, and waterfalls and everything around me was green. This was by far my favorite trip because I was surrounded by such a natural environment, everything was so beautiful, and I was able to see all of this by myself. Seeing all of this showed me that there is so much more to see in the world, and it doesn’t always have to be with someone. There’s so much more to explore and I’m excited to start new adventures. 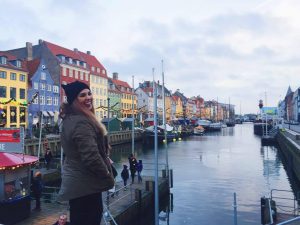 Copenhagen was great because it was a place where I was able to unite with old and new friends. I met up with a friend from UCI, my school in California, and met up with a new Australian friend I made in Ireland. Together the three of us stayed in the same hostel and explored the city of Copenhagen. We all became great friends and got along really well. Copenhagen was such a fun place for me because it reminded me that I was able to have friends from various backgrounds and cultures from all over the world. Europe showed me an expansion of diversity, and how easily it was to make friends from various backgrounds.

Having the opportunity to study abroad completely changed my perspective on international education and travel. After studying in Rome, I gained a sense of independence which motivated me to visit 8 other countries. This trip inspired me and helped me gain a sense of cultural enrichment, personal development, and helped me make an abundance of friendships around the globe.