Since December 2016, I have been lucky to experience studying abroad in different places. My first experience was through a student exchange program at my university’s home campus in Evanston, IL for six months.

I started my second study abroad experience to Rome, Italy with SAI to study Italian.

However, being a Syrian who was born and raised in Doha, Qatar living in USA and Italy has exposed me to a lot of new cultural and social norms. In this blog post I will share my thoughts and curiosity about other parts of the world and I hope it inspires you as well.

Below are some similarities and differences I have experienced first-hand in Damascus-Syria, Doha- Qatar, Rome- Italy, Evanston & Chicago-USA.

Morning caffe at a bar near Piazza Trilussa 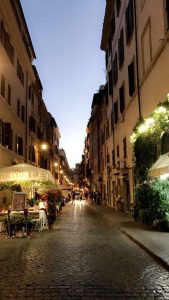 The beautiful side streets of Rome 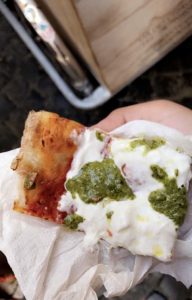 Basil pesto pizza on the go

___
Huda is a current student at Northwestern University in Qatar studying in Rome through SAI during the Summer 2017 term.

1 responses to “A Syrian in Qatar, US, and Italy”