Barcelona is truly one of the most unbelievable cities in the world. Before I decided to study abroad in Barcelona, Spain, I knew very little about how much the city itself has so much to offer. As I have learned, the city itself offers a wide range of views from beaches to mountains to infamous churches to beautiful architecture. As you explore the city more, you are able to learn about the deep art culture and enjoy some of the most spectacular sights a city has to offer. 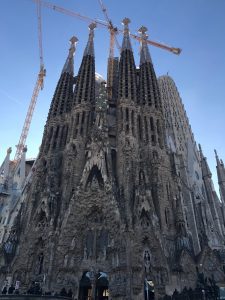 One of the staples of Barcelona that many tourist always check off as a sight to see is La Sagrada Familia. Sagrada Familia was constructed in 1882 by Francisco de Paula del Villar. Gaudi who is one of the most famous architects in Barcelona played a large contribution to this building. Sagrada Familia is not like any other ordinary church, and was originally never supposed to become a cathedral and eventually become a basilica. The height of this basilica is a sight to see and make sure you walk all around it because each side is distinctly different from the rest. 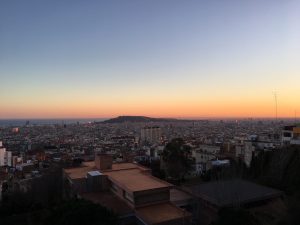 Some of the most beautiful views in the city come from Park Güell and the Bunkers del Carmel. These two spots give a beautiful overview of the whole city where you can see a 270-degree view of the skyline. Some of the most beautiful times to view these sights are during sunrise and sunset. One of the main attractions besides the wide range of paths to explore Park Güell is the Gaudi House Museum. This museum is the focal point of Park Güell and even give you better access to better views. 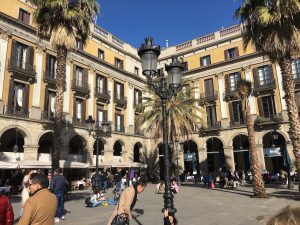 La Rambla is the most famous street in Barcelona and one of the liveliest places of the city. The street itself is full of beautiful buildings and a melting pot of tourist. La Rambla holds La Boqueria, which is one of Barcelona most famous street markets which has many different vendors selling tons of different great local food and other products. Saturdays are one of the best days for the markets because the majority of vendors are open. Another area right around the corner is Plaça Real which is a famous square that holds many different restaurants and great outdooring seating. 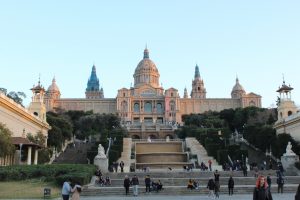 Montjuic is on the outskirts of Barcelona, but I would highly recommend visit Montjuic with everything it has to offer. There are many different museums in the vicinity. During 1992 when the Olympic games took place in Barcelona, the commodity decided to make Montjuic the location to host the games and the Olympic arenas are still left. Montjuic offers the Olympic and Sports Museum of Barcelona. You can also hike the Montjuic Castle that served as a fortress dating back to the 17th century and there is a museum tour along with this castle. One of the best parts at night and only during certain months of the year is the Magic Fountain show of Montjuïc which displays a magical experience of lights and exciting water designs. 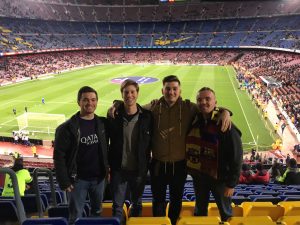 One of the best experiences that have helped emerge myself into the culture with the unity and appreciation for the city was attending a FC Barcelona football game at Camp Nou. The stadium is filled with screaming fans that are so proud to be Barça fans. The best way to attend a game is to get spirited up and buy something representing Barça to get yourself more into the spirit. 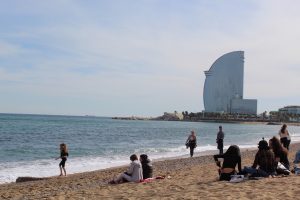 The beaches of Barcelona are one of the most incredible fishing communities and tourist from all over the world come to eat the seafood dishes and tapas. Popular for beach volleyball, table tennis, and other sports such as gymnastics. If you are looking for some sun, Barcelonatta beach is the place to visit one of the greatest cities.

Kyle is an SAI Barcelona spring 2019 student from the University of South Carolina.